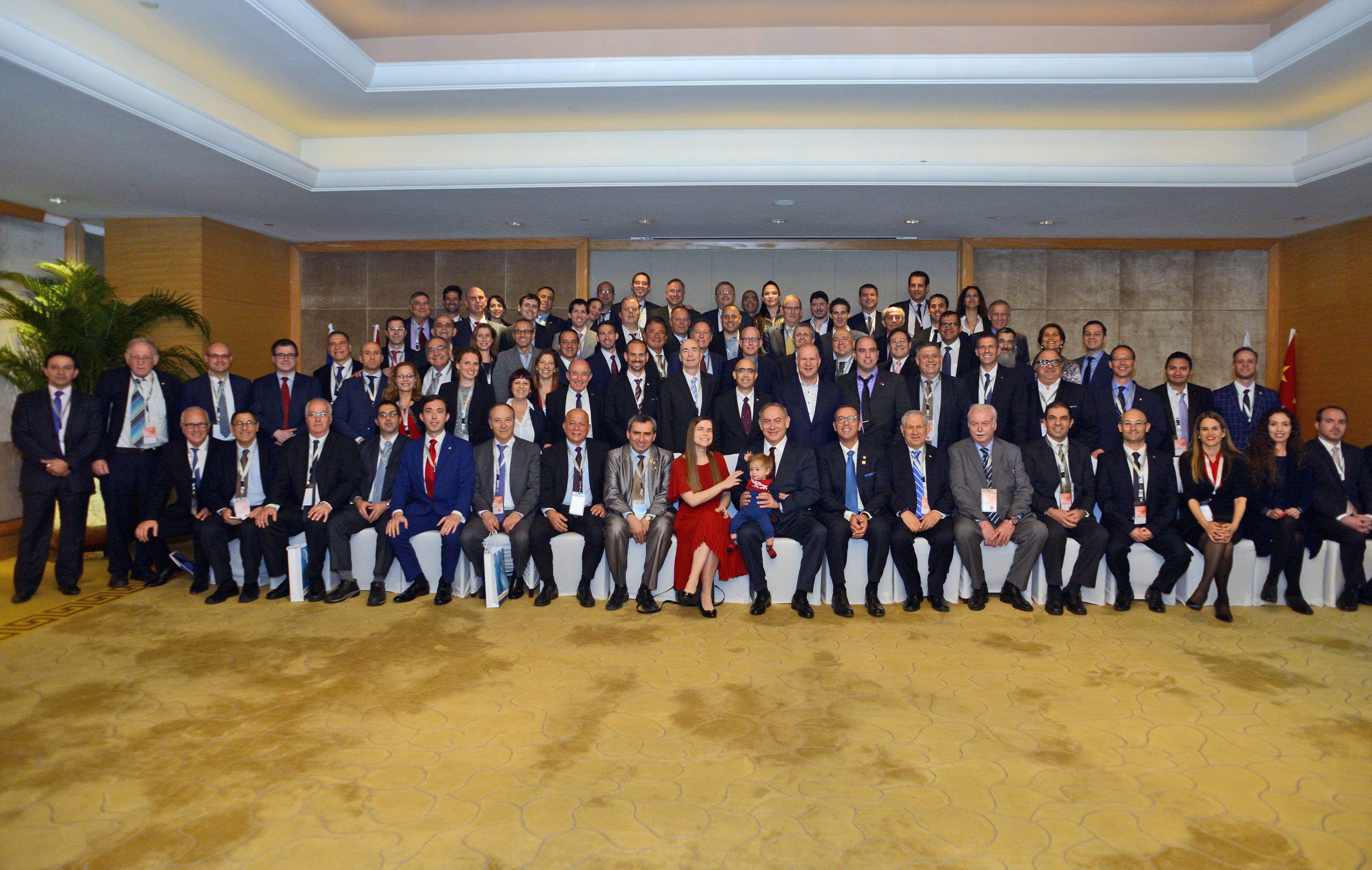 Israeli Prime Minister Benjamin Netanyahu is working to build relations between China and Israel. In the recent visit, the two ancient nations dating back to antiquity looked forward focusing on strengthening ties between these two great countries and enhancing economic development.

Israeli Prime Minister Benjamin Netanyahu completed a four-day official visit to China at the invitation of Chinese President Xi Jinping. He also met with his Chinese counterpart, Premier Li Keqiang. The focus of the visit laid on trade and economic relations. The two sides signed deals in the economy, aviation, education, and science and technology. The Times of Israel reported that Netanyahu brought 5 ministers and a 90-strong business delegation, the largest in Israel’s history. Unique 1 Asia’s CEO Yuval Golan was part of the official delegation. China is presently Israel’s third largest trading partner in Asia, with trade increases amounting to 200 times what they previously were, thus demonstrating that bilateral relations have greatly improved since the two countries established diplomatic relations in 1992. Additionally, one Chinese president has visited Israel, while three Israeli prime ministers have visited China. This was Netanyahu’s third diplomatic trip to China geared to further improve Chinese-Israeli relations. As the Chinese Ambassador to Israel, Gao Yanping, wrote, “As a ‘start-up nation,’ Israel has much to share and cooperate with China. If we work hand-in-hand and combine our respective advantages, we will enjoy common development and win-win results. She continued, “With the interdependence between countries deepening in the globalized world, China and Israel have a shared destiny. The closer our cooperation is, the more benefits will accrue for both our peoples, and the more contributions we will be able to make to regional stability, world peace, and global prosperity. I am fully convinced that with Prime Minister Netanyahu’s visit to China, a brighter future for our friendship and cooperation will be ushered in.” Ultimately, Israel is a world center for science and technology, in many ways the center of innovation when it comes to hi-tech, whether it’s agricultural technology or communication technology. We believe the potential is there for much stronger, much more robust and much larger cooperation between Israel and China.” Prime Minister Netanyahu’s remarks: “We will continue the talks on establishing a free trade agreement between China and Israel and we will hold the third joint Israel-China innovation conference. Of course, we are continuing to develop new markets and to open new markets for the Israeli economy. I expect all ministers to cooperate on this, and they are doing so.”